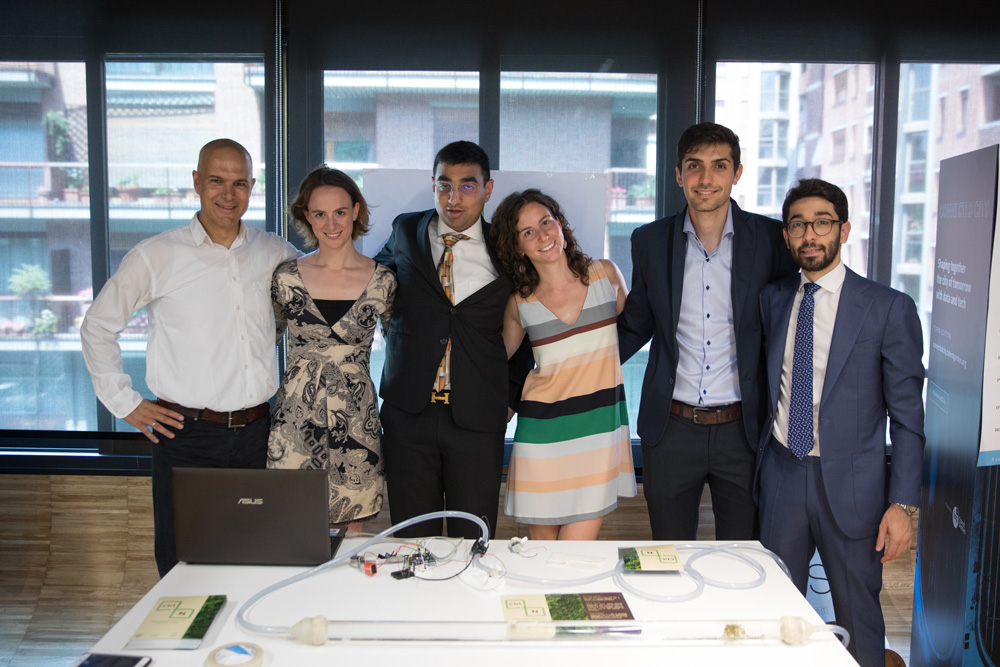 The CTRL+N team, made up of a mix of MBA fellows and PHD with very heterogeneous skills – from the classic management engineer to the most technical aerospace and nanotechnology engineers.

CTRL+N is the result of a long ideation and conception process obtained during the path of Innovation for Change 2019. The team, made up of a mix of MBA fellows and PHD with very heterogeneous skills (from the classic management engineer to the most technical aerospace and nanotechnology engineers), presented an innovative solution to reduce nitrogen pollution in freshwater. During the Demoday of 27 June, John Elkann, former Ferrari and Exor CEO, gave special mention to the CTRL+N project, distinguishing it for the impact of the solution and its feasibility.

The idea of CTRL+N is very simple. It regards using controlled algae cultivation as a natural filter to clean water of excess nitrates and other pollutant compounds. The business model becomes sustainable when the algae produced are collected, sold and used as bio-fertilizers. The bold estimate by CTRL+N is to be able to clean up the entire flow of the Po river in just one year by placing a million bioreactors.

A few days after the conclusion of Innovation For Change, Elena Barone and Mario de Matteo were called to represent CTRL+N by the association 7milamiglialontano, guests of Gianluca Bordiga of Friends of the Earth, engaged since 2007 in the preservation of Lake Idro and the river Chiese. CTRL+N's intervention was very well received by the media, thanks also to the advertisement on the front page of the Giornale di Brescia.

After the event, Bordiga himself expressed his enthusiasm for the idea of testing the CTRL+N bioreactor directly in the lake, which for years has been the focus of the news for the known problems of pollution.

All that remains is to wait until the next few months to see how CTRL+N will develop and test the solution.