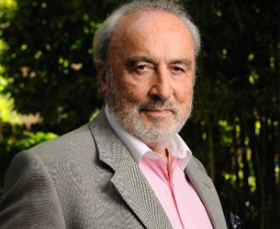 As a former senior executive, he has dealt with labour conflicts, re-engineering schemes, acquisitions and management projects which clearly make him highly suited to the complex aspects of interpersonal and social relationships. He founded Negotiators Associated in 1993, having accumulated almost thirty years of corporate management experience in Europe and the USA. Today, most of his work is dedicated to accompanying and preparing teams undertaking difficult negotiations whether in the field of business (sales), partnerships (cultural differences) or industrial affairs and to working alongside multinationals such as France Telecom, EDF-GDF, Schlumberger, Saint-Gobain, EADS-Airbus, Renault to name a few. His contribution to the world of education can be seen at both universities (DESS-Paris II) as well as Business schools (Collège des Ingénieurs, Interarmées de Défense).

Fluent in four languages, Bachelor of Law, PhD in Economics and Statistics graduate, he has perfected a systemic approach to negotiation that he regularly is able to fine-tune at Harvard, the Wharton Business School and the Kennedy School of Government.